Wow. It’s just like me to post an article about the month of February less than an hour before February’s end. I sincerely apologize. I’ll try to get better at punctuality.

These two months in these two continents are dedicated to honoring and celebrating the culture and history of black people.

It was chosen to be celebrated in February, as that was the month when Abraham Lincoln and Frederick Doulgas were born.

For this post, I would like to acknowledge one very influential black person from every country that observes BHM (Black History Month).

She is famous across Canada primarily for the event that took place during 1946, in Roseland Theatre, Glasgow, Nova Scotia. She was driving when her car broke down, and being told that it would take several hours to repair, so she went to a theatre to spend some of that time. She requested a ticket for the main floor, but was given one for the balcony, where all the black people would sit. Desmond sat on the main floor anyway. When she wouldn’t leave, she was forcibly taken out of the theatre (causing a hip injury) and taken to jail, where she was kept all night, given no access to a lawyer, bail, or other. She was also charged $26, which is around 300-600 Canadian dollars today.

Because of this, she is often compared to American Civil Rights Activist Rosa Parks.

Ali had a score of 56 wins and 5 losses. Some of the many awards he received were Sports Illustrated Sportsperson of the Year,  Arthur Ashe Courage Award, and the Millennium Bambi Award. About his Irish heritage, he is descended from an Irishman named Abe Grady, who moved to Kentucky in the 1960s and married an African-American woman. They had a family, and one of their daughters -Odessa Grady- married Cassius Clay. Cassius Clay Jr. -their son- changed his name to Muhammad Ali in 1942 when he converted to Islam.

His story is a sad one, but noble. He went to the Netherlands for college, where he got a diploma. He did a lot of travelling in the Netherlands (funny, because the Netherlands isn’t very big) with his brother Nicky, and where there when World War II kicked up. At that time Boy befriended a boy (man, really, but I couldn’t help it, even if I could) name Luis de Lannoy, who was part of an underground resistance against the Nazis.

In the resistance they would often go on dangerous missions, which included planting bombs on German trucks. Though colleagues would often betray them. Luis was once betrayed, imprisoned, and tortured, but he eventually managed to escape. When Ecury was betrayed and imprisoned, he was tortured for information, but did not betray his friends. He was executed the next day at the age of 22, in 1944. Ecury was buried and given military honors in 1947, and a statue was made of him in 1949. A movie was even made of him.

Jack Roosevelt Robinson (1919 – 1972) was the first African American to make it to Major League Baseball. (Aaayyyy good for you, Jackie! Nice! *back pat*)

A few fun facts featuring him… 1) Robinson’s older bro, Mathew, was a huge inspiration to him. Mathew won a silver metal in the 200 meter dash- just behind Jesse Owens (look him up; fascinating guy, that Owens), in the 1936 Berlin Olympic Games. 2) He played American football for the Honolulu Bears, though his time with them was short cut when the U.S. joined WWII. 3) He was a second lieutenant in the US Army from 1942 to 1944.

I don’t want to make this too long, so I’m just going to share a few interesting things about his baseball career.

At the time he started professional baseball in 1944 (hey, isn’t that when Ecury died? Wow. Strange how history overlaps), it was still segregated, so he played in the Negro Leagues. Though, he was soon chosen by Branch Rickey (Han Solo [Harrison Ford] in the movie about Robison, 42, in which T’Challa [Chadwick Boseman; RIP] acts Robison), the president of the Brooklyn Dodgers, to join their team.

Jackie Robinson and his wife Rachel suffered so much racism, but they pushed on. Jackie was countlessly tested and mocked, though he persevered. A line I found interesting from the movie was when a reporter asked what he’d do if someone threw a ball to his face. He replied, “I’ll duck.”

Some of the people who stuck by his side included Leo Durocher and Pee Wee Reese.

When members of the Brooklyn Dodgers were saying that they didn’t want to be on a team with a black man, Leo Durocher, manager of the Dodgers, said that he would sooner trade any of them than Robison.

When people were yelling at and harassing Robinson on the field, team captain Pee Wee Reese walked up to him, and put his arm around him. That act then became famous throughout baseball.

Another interesting thing is that two of Robison’s children have the same name as two of my grandparents. Sharon and David, and sadly Robison’s other son Jack Jr. died in 1971, at the age of 24, the year before his father died.

To finish this part up, I’ll say that Robinson really did make a huge difference in baseball.

Though history can be boring at times, it is also very fascinating. Let’s give a round of applause for these five!

The photo’s credit goes to Pexels Free Photos. More explanation on this to come in the next post.

Hello! I'm Daniel, an avid writer and Chicago native. I believe in and am a follower of my Savior, Jesus. I have one dog, seven siblings, and years of obssession over running, reading, and geographic study under my figurative belt. 😎 My favorite genre of writing is fantasy and of music is Christian hip hop/rap. Hope to see ya around (whoever you are...)! View all posts by Daniel Amador

Follow The Right Kind of Writer on WordPress.com
Join 128 other followers

A proud member of YWW 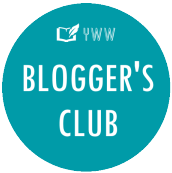